The 1950s saw a surge of growth in Red River with many new lodges and restaurants springing up. After visiting the Santa Fe Ski Area, Oklahoma businessman Stokes E. Bolton and his wife, Billie, decided that Red River was a great summer resort town but needed a winter attraction. The Red River Ski Area was born.

With surplus steel from oil derricks for lift towers, the Red River Ski Area opened in December, 1959. Bolton hired Buzz Bainbridge, who had been managing the Santa Fe Ski Area, and lured German-born skiing ace Toni Woerndle away from Aspen, Colorado, to head up the first Red River Ski School.

Bolton soon sold his ski area to J.B. Veale. Meanwhile, other skiing standouts were lured to the new resort. Sigi Klein, who hailed from the European resort of Garmish, site of the 1936 Winter Olympics, came to Red River and was able to convince the legendary Erich Windisch, also from Garmish, to leave Araphahoe Basin in Colorado. The tiny ski area was gaining a reputation in the industry, as well as creating thousands of new winter sport enthusiasts.

The 1980s saw a new group of owners, most notably, Drew Judycki, a young skier from Massachusetts who first came to New Mexico as a college student in the late-60’s. During his over three decades with the Red River Ski Area, Drew served as Director of Marketing, Ski School Director, General Manager and, finally, owner. Drew became the sole owner of the Ski Area in 1998, ten years before his untimely passing in 2008.

Today, the Red River Ski & Summer Area continues as a family-owned and operated business, managed by Drew’s son Linton. Uniquely located directly adjacent to the town of Red River, the ski area's is on exceeding the expectations of guests, welcoming those families back that visit every year and sharing our recreation and love of winter and summer sports with new guests and their families. Recent expansion and improvements continues to be placed upon the exceptional snowmaking and grooming systems, web based/e-commerce enhancements including customer relationship marketing, and mapping projects both summer and winter. We have and will continue to significantly expand summer activities.

The Red River Ski & Summer Area today retains the small resort charm that was its trademark when the doors opened over 60 years ago.

A substantial portion of the Red River Ski & Summer Area is located on public lands under the stewardship of the U.S. Department of Agriculture’s Forest Service. The Carson National Forest is one of five National Forests in New Mexico. The National Forests are America's Great Outdoors, here to serve the American people at work and play! Some of the finest mountain scenery in the Southwest is found in the 1.5 million acres covered by the Carson National Forest. Elevations rise from 6,000 feet to 13,161 at Wheeler Peak, the highest in New Mexico. Red River Ski & Summer Area operates under a long-term Special Use Permit with the Forest Service and is committed to the objective of maintaining the natural beauty that is offered to the public to use and enjoy. 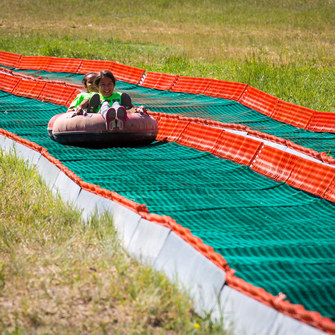 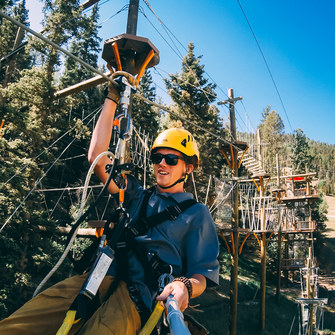 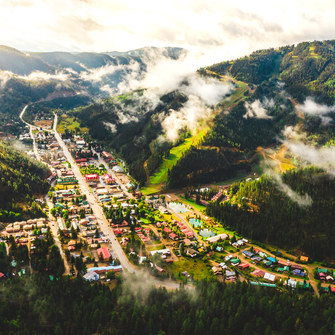